CLOSE ENCOUNTERS OF THE WEIRD KIND

On almost every known inhabited planet it seems there are bizarre and unusual happenings referred to as ‘hauntings’. It should surprise no one, then, that there are similar kinds of events in space, on spacecraft and in space bases. What is unusual, is the relatively higher incidence of these occurrences compared to the low population level.

The great majority of space hauntings seem to involve one susceptible individual who becomes the center, or focal point, of the event. People who have a history of using or abusing mind altering drugs, medications or alcohol, and those who have been exposed to serious or extensive traumatic experiences are the most frequently afflicted.

What happens can vary from mild and relatively harmless up to, and including, very severe and extremely serious life threatening crises. The average ‘haunting’ starts off slowly at a low level, and then builds quickly to a peak. Once the peak of activity is reached they tend to taper abruptly and rapidly, but, in some cases, may continue until the focus person is driven to suicide or forced to retire from the space service. The 'haunting’ does not seem to follow these people once they leave the ship or base where it occurred. 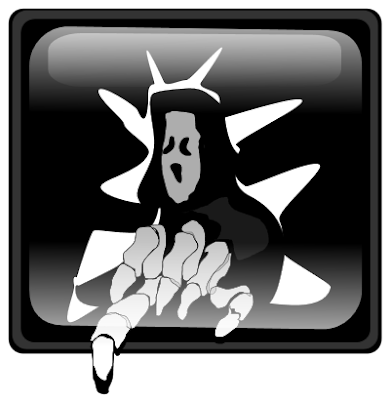 Some of the ‘haunting’ manifestations that occur are detailed below.

1. ‘Cold Spots’: These are areas of a ship or base where a person feels suddenly chilled. This happens despite the fact that instruments detect normal temperatures at that site. This is one of the ‘haunting’ events that persons other than the focal point can feel. It is often accompanied by a feeling of intense dread or apprehension.

2. Visual Manifestations: the victim may see things, ranging from annoying peripheral vision flashes or eerie ghost-like creatures scuttling down distant hallways, to faces in mirrors, or even full-blown apparitions, usually of persons the victim knew or knows. These visions are generally accompanied by intense feelings of awe or fear. The victim is the only one who can see these things, and usually only when they are alone.

3. Auditory Manifestations: Victims may hear a variety of unpleasant noises, hissing, indistinct muttering, footsteps, knocking, distant wailing or weeping sounds, voices that speak to them or threaten them, or any combination of these events. Often the voices urge them to do terrible things. Only the victim can hear these manifestations, and this case often resembles a mild to severe case of schizophrenia. The cessation of these events, when the victim leaves the ship or base, tends to rule against the diagnosis of mental illness as a cause.

4. Full Manifestations: Sometimes a full blown ‘ghost’ will appear to the victim and actually converse or talk to them. Fortunately this is quite rare, as it is a very severe form of manifestation, often with dire results.

5. Tactile Phenomena: Some victims may experience the sensations of being touched, stroked, scratched, struck, or bitten. These events may leave wounds or bruises. Severe cases can result in significant injuries. Stigmata may occur in rare instances. Again, these events resolve once the person affected leaves the haunted environment.

6. Poltergeist Phenomena: This is a very dramatic and frightening kind of event. Objects around or near the focal person may be moved, levitated, broken, thrown, or otherwise manipulated. This generally happens while the victim is alone. Auditory manifestations usually accompany severe incidents.

Severe cases of extreme hauntings can endanger a ship or base, and must be dealt with before they get out of control. Often the only recourse is to restrain or lock up the victim and keep him under watch at all times. Sometimes chemical sedation is necessary. Hauntings almost never kill their focal person, but they do drive many insane. Crazy crew members can do serious harm to their ship mates or to their ship. Ship doctors find these cases very frustrating as standard medical interventions do not seem to be helpful. It is hard to tell if the patient is possessed, haunted, or just simply off his rocker.

Priests, shamans, wizards, and exorcists are often consulted in these cases, and have proved useful in some events. In rare cases, however, they have only aggravated the manifestation and made it worse. In very rare instances, the practitioner becomes the new focal point of the haunt which then assaults him with a vengeance.

Something other than simple mental aberration or illness must be involved, because of the higher rates of these kinds of incidents in space, and because there are ships and bases where the problem is very severe and persistent in a manner and at a rate that defies the rules and laws of probability. One can only hope that some day scientists will solve the mystery of these haunting phenomena and find effective ways of treating or preventing them.

G.M. notes: These events are usually limited to vessels where crew members work alone in creepy environments. Loners are more likely to be affected. A roll of 2D6 can be used by G.M.’s to determine the severity of the problem; the higher the number rolled the longer and more severe the haunting. Boxcars (double sixes) are a disaster while snake eyes (double ones) are merely annoying. It is probably best for G.M.’s to tailor the events in such a way as to make the story interesting and exciting for the players. I like to pass little notes to the players, telling the victims what they are experiencing and let them respond and interact with the other players accordingly. Some really fun and interesting role playing can result in such cases, a nice change from battling mutated bugs or other awful creatures.

This mental malady could be written off as simple psychiatric illness except for the unusually high rates at which it occurs in spacers and on space ships. Some authorities are convinced it is related to space haunting phenomena though it lacks the characteristic events that usually accompany the latter condition.

The most common problem that arises is paranoia in a susceptible individual. The victim becomes progressively more convinced that something terrible is about to happen and/or his shipmates are all out to harm or kill him. Often the patient complains in therapy of the little voices that whisper in his head and reinforce his delusions. Paranoids are very dangerous because they are usually able to act and appear rational and harmless until the late stages of their problem drive them to desperate measures or acts which they commit in an effort to ‘protect’ themselves or the ship. Note: The computer HAL in the 2001 Space Odyssey was the perfect paranoid. 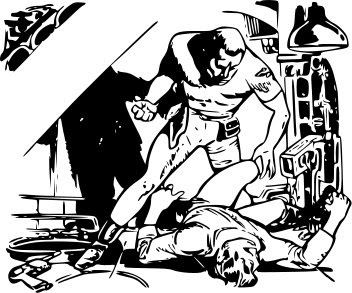 Depression is a less dangerous malady, as far as the rest of the crew is concerned. The chief problem here is the loss of the victim as an effective crew member. The risk of suicide is very high in these persons, but only in the rarest of instances will one of them decide to take the rest of the crew and the ship with them.

The last and, fortunately, rarest of the mental problems that afflict spacers is the simple nervous collapse or mental breakdown which leaves the victim in a state of helplessness, and even, in severe cases, catatonia. Such a crewperson must be restrained and sedated in the former case, and, in the latter, watched for the rare abrupt and violent manic state that sometimes comes over the catatonic patient. This can be a problem in a short-handed crew, especially if the victim has personal skills needed to operate the ship and cannot be spared.

Standard medical intervention and treatment of these individuals is the rule here, but it is only helpful in a few cases. Getting them off the ship and into a planet based hospital is almost always very helpful.

G.M. notes: I like to use the mental collapse state if someone in the crew drops out of the game. The role of paranoid can be used to liven up some of the dull hours when a ship is cruising between stars or planets and we don’t want everyone to get bored. I pass notes to my best role players and let them know if they are crazy, and let the interaction begin! It can get interesting!

Some things exist in space that can defy logical and reasonable explanation. Three major kinds of entities (?) have been encountered by space ships in deep space, but still virtually nothing is known about any of them.

Nannites or Miconauts
These creatures, or ships, or whatever they are, simply appear as tiny gray specks about the size of a terrestrial midge. There may be several hundred of these at once. They just suddenly show up on a ship and then swarm busily about, as if inspecting the crew members and other objects on board, and then, buzz off and disappear. They have so far successfully avoided all efforts to communicate with them or capture them. Scientists have offered large rewards to anyone who can provide them with a specimen.

Void Faeries
This is another ‘visitor’ entity that sometimes appears mysteriously on board a ship. They are made of colored strands of bright colored light, and have gorgeous wings. Again they show not the least interest in communicating, and no one has been able to capture one. They sometimes will take some small object with them when they fly away to wherever they hide or disappear to. Many people who have seen them say that the experience makes one feel really good, a virtual high. They are considered harbingers of good fortune. Again, scientists would love to have a specimen to study.

Tiger Eyes
These odd things are dark spheres about the size of a bowling ball. Large swarms of them will appear outside spaceships and follow them for millions of miles. They do not enter ships, but may sit on the hull as if hitching a ride. While they are doing this they often assume the appearance of the mineral called Tiger Eye, and they are quite beautiful to behold. They have never been reported to do harm to any ship or any of its crew. In fact, if a crewman emerges from the ships airlock, they all fly away at once in a mad rush and swiftly vanish. They are just one more of the many mysteries of space that drive exobiologists crazy.

I Hope you have found my brief essay interesting and entertaining!
Professor Whenn

Would you like to see your nasty beastie included in Creature Feature? Have you got a new kindred or creature you want to share with the world? Do you have a favorite player or non-player character you want to show off? Send submissions to the_mystic_fool@yahoo.com and include the words 'Creature Feature' in the subject line.
Posted by Paul Ingrassia at 3:16 PM 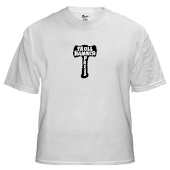 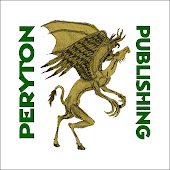 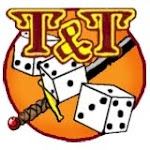